The City of West Sacramento and Center for Land-Based Learning hosted a bus tour, Wednesday, August 7, 2019 for key stakeholders to celebrate the 5-year anniversary of the West Sacramento Urban Farm Program. The tour included visits to all five Urban Farm sites where participants met farmers who shared their personal experiences and the benefits of being involved in this project.

“The West Sacramento Urban Farm Program provides access to land, which is the biggest barrier to getting started farming,” says Mary Kimball, Executive Director of the Center for Land-Based Learning. “Once they have land, they have a place to experiment and figure out how to make their business work in a lower risk environment with support from our experienced staff. Without this program, they wouldn’t have that opportunity.”

The tour began with a welcome by Yolo County Supervisor Oscar Villegas at the Lake Washington farm site, who described the importance of the Urban Farms to the community and Yolo County. Staff from the Center of Land-Based Learning also shared how the program originated, how it works, and the impact being made on the community. Along the tour, attendees learned about key benefits of the program including increased food access, climate change mitigation, community health and increased volunteerism in the City. At the 5th and C farm site, the first urban farm to be established, participants heard from Karen Woodruff, VP of Corporate Philanthropy at Wells Fargo, on why they chose to invest in the idea of an urban farm back in 2014.

“Wells Fargo supports community development and neighborhood building and when first presented with the idea of an Urban Farm that would activate local neighbors, allow local farmers to train and utilize the tools to create and grow their own businesses, and achieve a way to address food access and insecurity, we were all in,” Woodruff said.

“So many benefits in so many different domains have occurred because of the Urban Farm Program,” said West Sacramento Mayor Christopher Cabaldon. “What other project can improve access to healthy food, revitalize neighborhoods, strengthen walkability, create pathways to employment, and create joy and pride in neighborhoods that desperately needed it?”

What’s next for West Sacramento’s urban farms? The Center for Land-Based Learning has recently been granted funds from the California Department of Food and Agriculture to purchase a refrigerated truck that will be used as a mobile farm stand. Coming in time for the 2020 growing season, this mobile farm stand will park at strategic locations throughout the city, further increasing access to the fresh food being produced here. 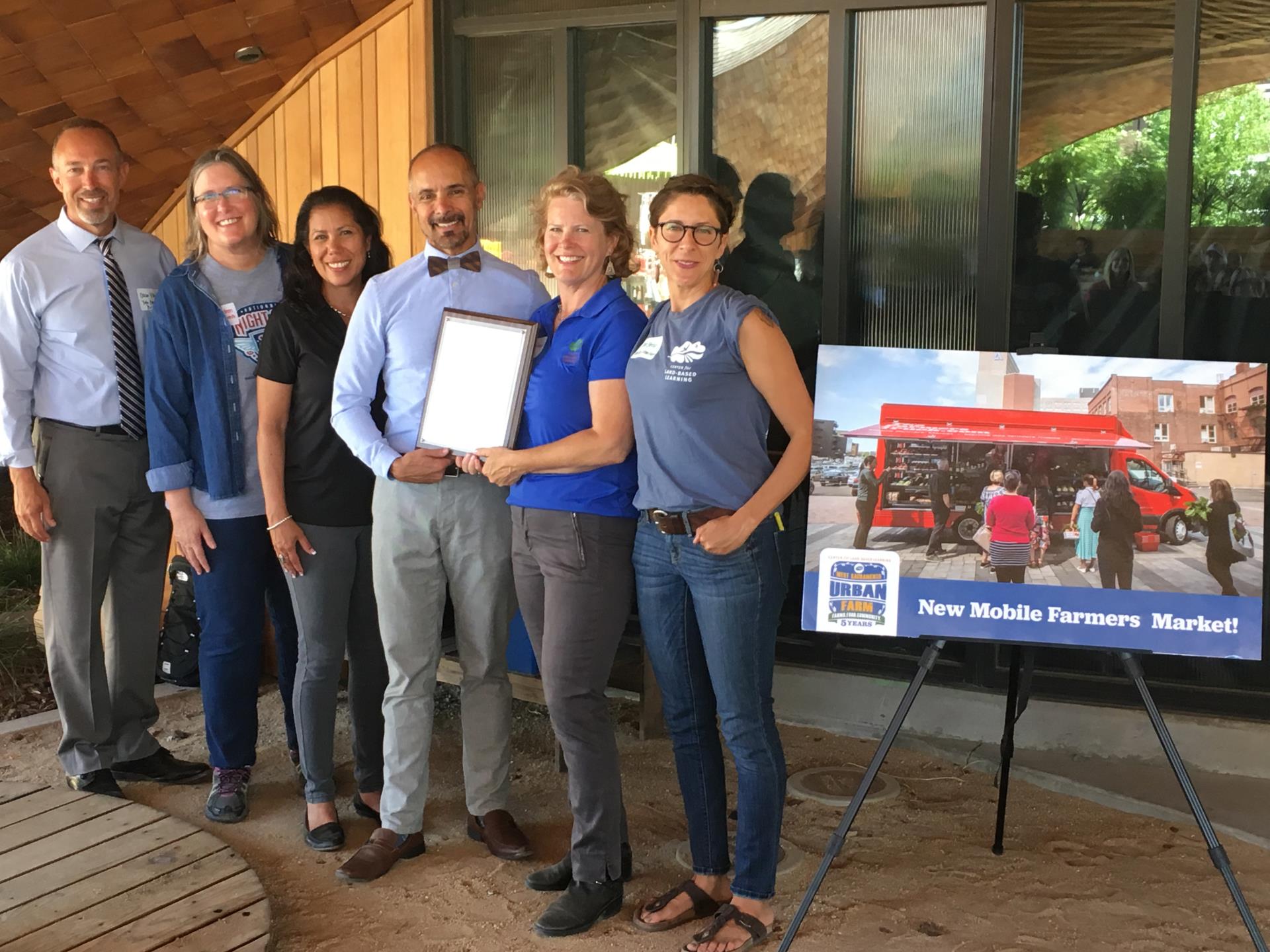