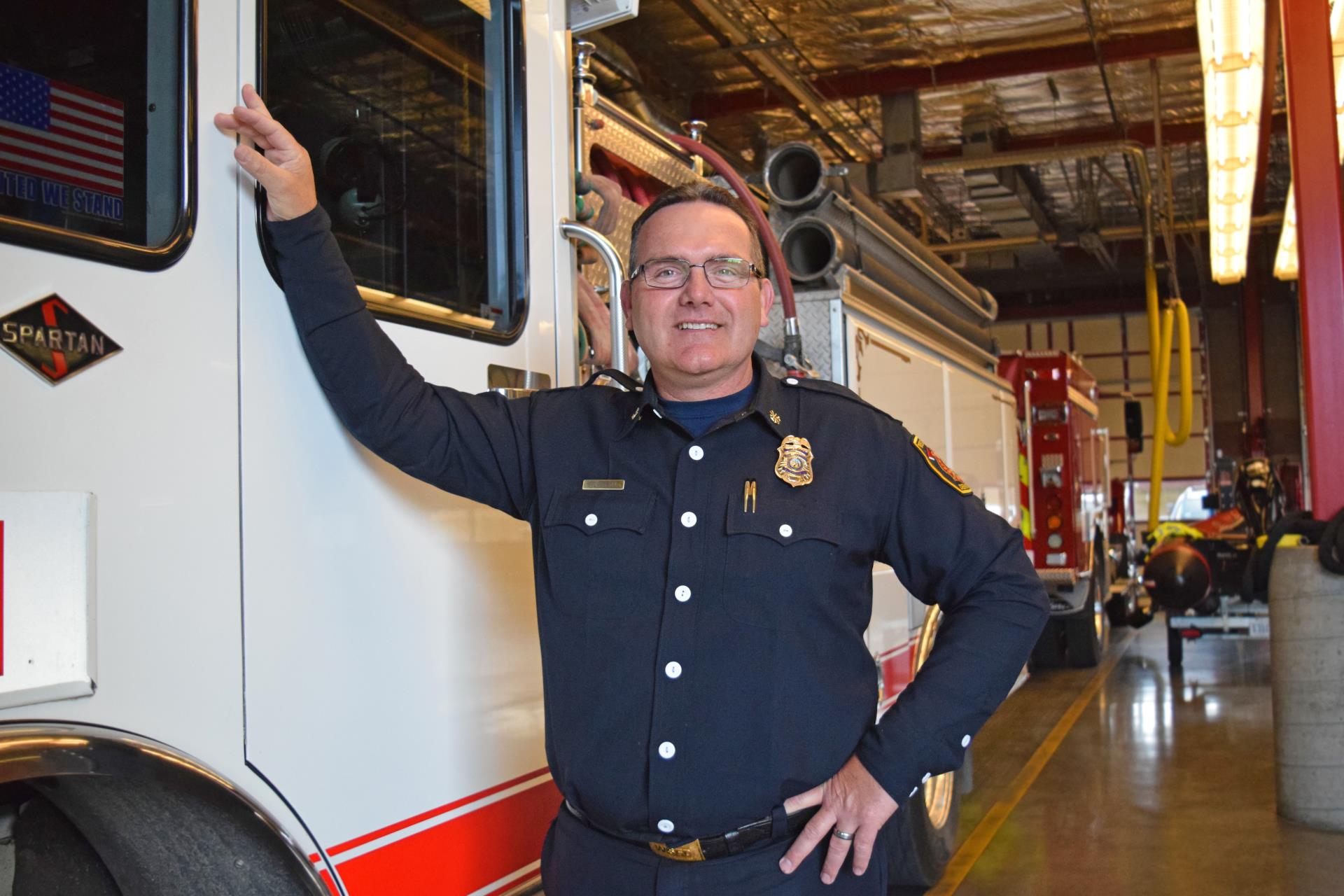 Binns has been the City’s Deputy Fire Chief since 2017. He was nominated as "Firefighter of the Year" in 2011 and promoted to the rank of Battalion Chief in 2012. Binns also served as Captain and Engineer for the West Sacramento Fire Department. Prior to that he was a Firefighter for the City of Davis Fire Department from 1998-2001.

“Steve has a unique connection to the community as a longtime employee and even more so as a native of Broderick,” said City Manager Aaron Laurel. “Steve will build on the extraordinary work and legacy of Chief John Heilmann, and I am extremely grateful to John for his service to the West Sacramento community. I would also like to thank a distinguished group of fire industry leaders with strong ties to West Sacramento that helped us through this recruitment process, including retired Sac Metro and West Sacramento Fire Chief Rick Martinez, Woodland Fire Chief Becky Ramirez, and Yocha Dehe Fire Chief Gary Frederickson.”

“As someone who was born and raised in West Sacramento and who continues to take great pride in calling this City my home, I am tremendously honored and humbled to have been selected to be the next Chief of the West Sacramento Fire Department,” said Binns. I look forward to working closely with the highly dedicated, professional, and skilled members of this Department to continue our pursuit of delivering service of the highest caliber to the public.”