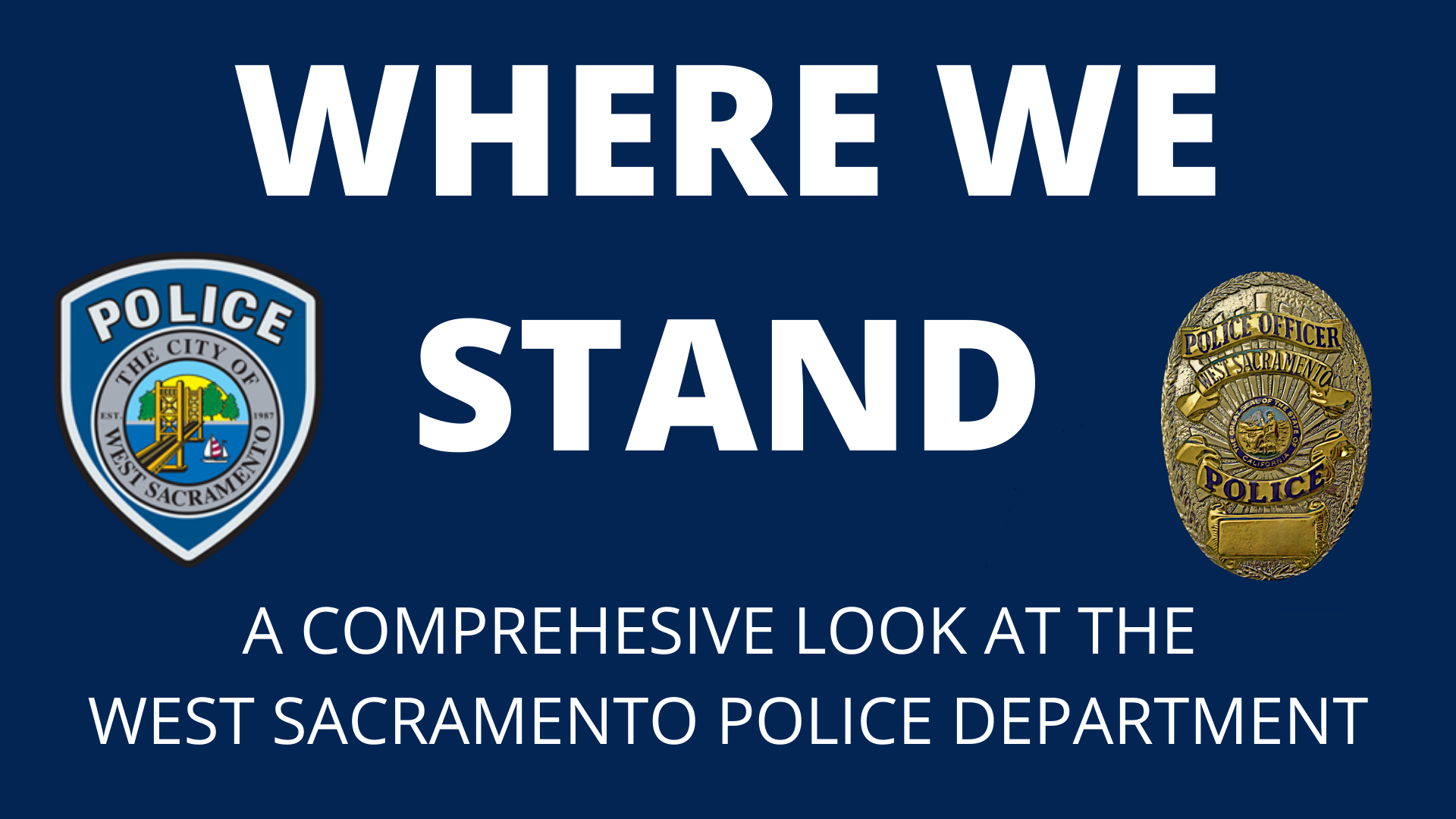 The West Sacramento Police Department shares in the outrage and sorrow regarding the criminal actions of police officers that led to the death of George Floyd in Minneapolis. We understand that events like this undermine public confidence in law enforcement, and we are committed to continually building the community’s trust in our department through our ongoing community engagement and adherence to the highest professional standards, and through our commitment to transparency.

Recently, we have received many inquiries from the community about our police department and whether our policies are consistent with recommendations and advocacy being put forth by police reform initiatives.  We have re-examined and will continue to evaluate our policies and approaches to policing in consideration of those initiatives. While we believe that we are heading in a good direction as a department, in this moment we must pause to listen and understand the diverse perspectives of our community. We acknowledge that we are at an inflection point in which we must leverage the immense community interest in policing to better inform our mission, direction, and the tactics we employ as we strive to maintain a safe environment for everyone in West Sacramento.

We have created this web page to provide information related to these topics with openness and transparency, and to facilitate dialogue with the West Sacramento community we so proudly serve.  On this site you will find information about our department relative to police reform initiatives, use of force statistics, demographics, and training. Links to relevant reference documents are provided throughout this page.

The West Sacramento Police Department has embraced the principles of the Obama-era “President’s Task Force on 21st Century Policing” since it was published in 2015.  The initiative is based on six pillars for policing practices to promote effective crime reduction while building public trust, including:

At the end of each quarter, the department presents the West Sacramento City Council with a report on progress towards each of the 21st Century Policing pillars, in addition to other statistical data related to California’s Racial and Identity Profiling Act of 2015.  View Quarterly and Annual Reports.

On June 3, 2020, former President Obama called on Mayors to pledge to address police use of force policies in their cities as part of an initiative known as the “My Brother’s Keeper Alliance.” Mayor Cabaldon recently signed onto this commitment on behalf of the City of West Sacramento. Participation in the initiative includes making a commitment to take the following actions at the local level:

Campaign Zero has created an initiative called “8cantwait” that promotes eight recommendations to address issues related to use of force. The following summarizes how our existing policies compare to the 8cantwait recommendations (relevant sections from our Policy Manual are also cited and linked as excerpts).

Ban chokeholds and strangleholds – These techniques are not permitted in our policies. Previously, carotid holds were only allowed by trained officer in situations involving violence or physically combative individuals.  California law (SB 230) requires that “an officer may only use a level of force that they reasonably believe is proportional to the seriousness of the suspected offense.” Any excessive force beyond this requirement is unreasonable.  As of June 10, 2020, the department has suspended the use of carotid holds to allow for further evaluation of this policy and in consideration of pending State legislation to disallow their use.

Require warning before shooting – California law (AB 392) states: “where feasible, a peace officer shall, prior to the use of force, make reasonable efforts to identify themselves as a peace officer and to warn that deadly force may be used, unless the officer has objectively reasonable grounds to believe the person is aware of those facts.” This requirement is also consistent with federal case law.  The West Sacramento Police Department adheres to these requirements.

Exhaust all other means before shooting – Our policy requires officers to evaluate the use of other reasonably available resources and techniques when determining whether to use deadly force, and deadly force is only used when there is an imminent threat of death or serious injury to the officer or another person.

Duty to intervene and stop excessive force by other officers – Our policy mandates a duty to intercede if any officer observes another officer using force that is unreasonable. California law (SB 230) also sets forth a “requirement that an officer intercede when present and observing another officer using force that is clearly beyond that which is necessary, as determined by an objectively reasonable officer under the circumstances.” This provision is consistent with federal law as well.

Require comprehensive reporting each time an officer uses forces or threatens to do so – All uses of force are documented and reviewed. The department provides data regarding all officer-involved shootings and incidents involving use of force resulting in serious bodily injury to the California Department of Justice. The department recognizes and respects the value of all human life and dignity without prejudice to anyone. Vesting officers with the authority to use reasonable force and to protect the public welfare requires monitoring, evaluation, and a careful balancing of all interests.

Use of Force Statistics:

In 2019, the West Sacramento Police Department responded to a total of 64,920 calls for service. Only 31 of those calls (0.05% of total calls) resulted in a use of force by responding officers. No use of force instances resulted in major injuries or fatalities.

Our aim is to have a department that is diverse and reflective of those who call West Sacramento home. While we work to achieve that goal in our ongoing recruiting efforts, we are also working to develop interest in law enforcement as a career among the youth in our community.

According to the most recent data, the following is a breakdown of ethnicity for West Sacramento’s population and for the West Sacramento Police Department.

West Sacramento population demographics (According to the 2016 American Community Survey):

The department invests heavily in training and maintains a standard well above the minimum California Peace Officer Standard and Training (POST) requirements and in alignment with CALEA Accreditation Standards. View information about our department’s CALEA Accreditation.

Our officers train consistently on topics such as the appropriate use of tools and tactics, legal updates, and a variety of other skills, including anti-bias training, de-escalation efforts, and more. Our Training Committee continuously evaluates training procedures to ensure that they remain in line with national best practices. De-escalation is one of our core philosophies and has been incorporated into multiple training topics.

Recently, the State of California has required law enforcement to post their policy, procedures, and training on their websites. As part of our Advanced Law Enforcement Accreditation with CALEA and our commitment to transparency, our Policy Manual has been posted publicly on our website since 2017. The department has already completed the California legislative mandate related to training that further defines the use of deadly force only needed to defend against an imminent threat of death or serious bodily injury to officers or bystanders. This legislation, called the California Act to Save Lives, is setting a standard for law enforcement across the nation.  View information about the California Act to Save Lives.