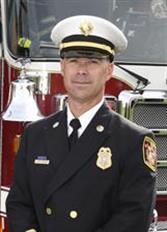 Scott Pfeifer began his career as a seasonal firefighter with CAL Fire in 2000. Scott was hired with the West Sacramento Fire Department in 2001. He attended the Sacramento Regional Fire academy and graduated in June 2001. Scott promoted to Engineer in 2003 and was awarded as “Firefighter of the Year” that same year. In 2007 he promoted to the rank of Captain, a position he held until 2014 when he was promoted to the rank of Battalion Chief. He previously worked in the office as an Administrative Battalion Chief. Scott earned a bachelor’s degree in Physical Education from the University of Nevada, Reno and an associate’s degree in Fire Technology from Solano College. He is also a state certified Chief Officer. He resides in Davis with his wife, Heidi, and two children, Ryan and Harper.

Josh Calista began his career with the West Sacramento Fire Department in 2003. Growing up Josh developed a passion for the fire service as he watched his father serve for 32 years as a Firefighter and Engineer for the Woodland Fire Department. He attended the Sacramento Regional Fire academy and graduated in March 2004. Josh promoted to Engineer in 2007 and in 2011 he promoted to the rank of Captain, a position he held until 2016 when he was promoted to the rank of Battalion Chief. As a Training Officer, and continuous student of the Fire Service, he has been fortunate to exchange information on the topics of Engine and Truck Company Operations, Firefighter Survival, Rapid Intervention, and Thermal Imaging Cameras. He has been an Instructor at the Regional Fire Academy and is a member of the Sacramento USAR Team (CA TF-7). Prior to joining the West Sacramento Fire Department, Josh attended the University of San Diego where he enjoyed playing NCAA Football and graduated with a Bachelor’s Degree in 2002. 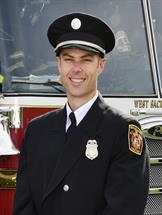 Mark Cullison began his career with the West Sacramento Fire Department in 2002. Prior to joining the WSFD and while pursuing a bachelor’s degree at UC Davis in biological sciences, Mark worked as a student resident firefighter for the UC Davis Fire Department.  Upon graduating from college, Mark was hired as a firefighter with the WSFD and attended the Sacramento Regional Fire Academy.  He was promoted to Engineer in 2006, to Captain in 2009, and to Battalion Chief in 2017.  Mark is a state certified Fire Officer and was recognized as the “Firefighter of the Year” in 2008.  Mark has assisted in securing supplemental grant funding for the department on several occasions for both personnel and equipment, and has worked in various administrative capacities.  He currently resides in Davis with his wife and children. 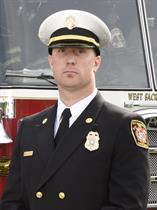 Bryan works in the Prevention Division as the Fire Marshal. He began his employment with the City of West Sacramento in April of 2008. Prior to coming to West Sacramento, Bryan worked in the fire service for twelve years as a volunteer firefighter for the town of Courtland, CA. Bryan was recruited from an environmental compliance managerial position in the petroleum industry. Because of his experience and extensive knowledge in hazardous materials and the regulations that govern them, made him a perfect fit for the job. In his professional career Bryan has held many licenses and certifications such as Lifeguard, HAZWOPER Technician, Powered Industrial Truck Trainer, Risk Manager, Safety Coordinator, Safety Director, Emergency Medical Technician, UST Designated Operator, Hazardous Materials Technician, and Fire Investigator along with many others. Bryan is currently working on completing his Bachelors of Science in Fire Administration at Cogswell College and the National Fire Academy. 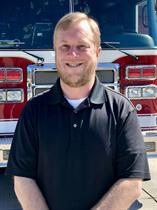 Dan joined the West Sacramento Fire Department as a Secretary in April 2017 and is the newest addition to the Community Risk Reduction Division. Dan began his career with the City of West Sacramento as a Senior Clerk in the Parks and Recreation Department and now looks forward to assisting with the Fire Department's future needs. His previous experience includes working in the legal support industry in Sacramento and the Bay Area. His educational experience includes attending California State University, Chico, studying abroad for a semester in Guadalajara, Mexico, and earning a BA in Latin American Studies from Dominican University of California. He has been married for nine years to his wife, Brittney, and has two young sons.

Lynda was hired as a Financial Specialist for the West Sacramento Fire Department in July 2013, was promoted to Administrative Analyst in July 2016 and to Senior Analyst in January 2020. She was originally hired by the City of West Sacramento in November 1996 and worked in the Public Works department and the City Manager's office. In 2000, she left the City to work at the Sacramento Area Council of Governments (SACOG). Four years later, she returned to the City of West Sacramento, working in Redevelopment and the City Manager’s Office once again before transferring to the Fire Department. Lynda is a graduate of California State University, Chico, where she earned a Bachelor of Arts in Liberal Studies. She lives with her family in West Sacramento. 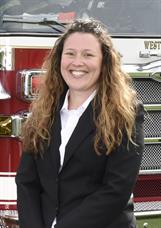 Lindsay Samples joined the West Sacramento Fire Department as a Secretary in October 2014 and works in accounts payable. Lindsay grew up in Livermore where she worked for the Livermore Police Department as a Community Service Specialist. During her time with the Livermore PD, she was part of the Crime Scene Unit and often dressed as Daren the Lion at DARE graduation ceremonies. She also worked as as substitute teacher for the Livermore Valley Joint Unified School District. Lindsay is a graduate of California State University, East Bay, where she earned a Bachelor of Arts in Liberal Studies.